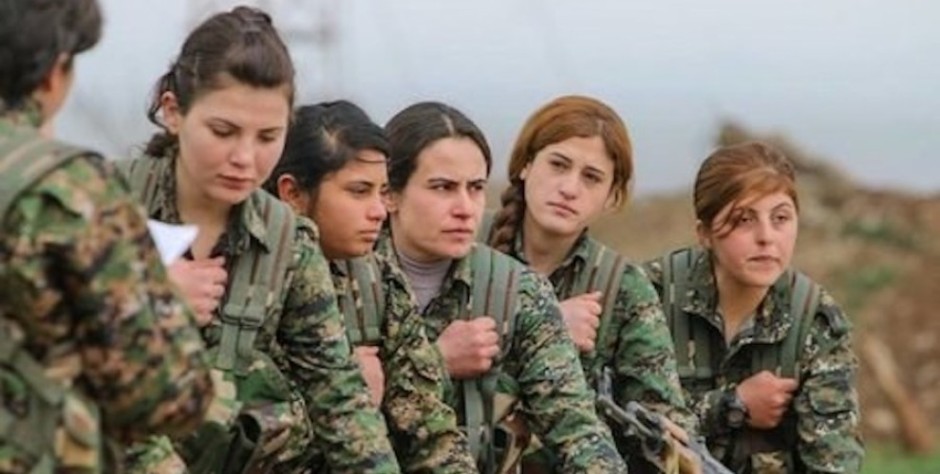 There are so many things to celebrate and campaign about this International Women’s Day, but the immediacy of the crushing violence being inflicted on the women’s revolution in Afrin, Syria, deserves more attention.

Afrin is one of the three cantons in the north of Syria, where women have taken active leadership in all spheres of society –  a rarity in this region. The area was liberated from the grip of ISIS by Kurdish forces who received the backing of the USA, but the area has now been invaded by Turkey in a clear violation of international law.

The Turkish government is led by the Islamist President Erdogan, who has jailed 81 journalists (a record number for one country) and clamped down hard on civil liberties. Kurdish women activists seem to have been deliberately targeted and killed on occasions, both within Turkey and in 2013 in Paris.

The creation of an area within Syria which is democratic and based on the principles of gender equality and ethnic inclusivity, has been one of the few rays of hope to come out of the awful Syrian civil war. Yet, Turkey’s acts of aggression are being met with an uneasy silence by western governments because it is a NATO member.

Turkey’s war on Afrin is a war on women. It should be a priority of the women’s movements in the United Kingdom to stand up for the resisting women of Afrin and to challenge the UK government’s complicity in war crimes through its political support and arms trade with the Turkish state.