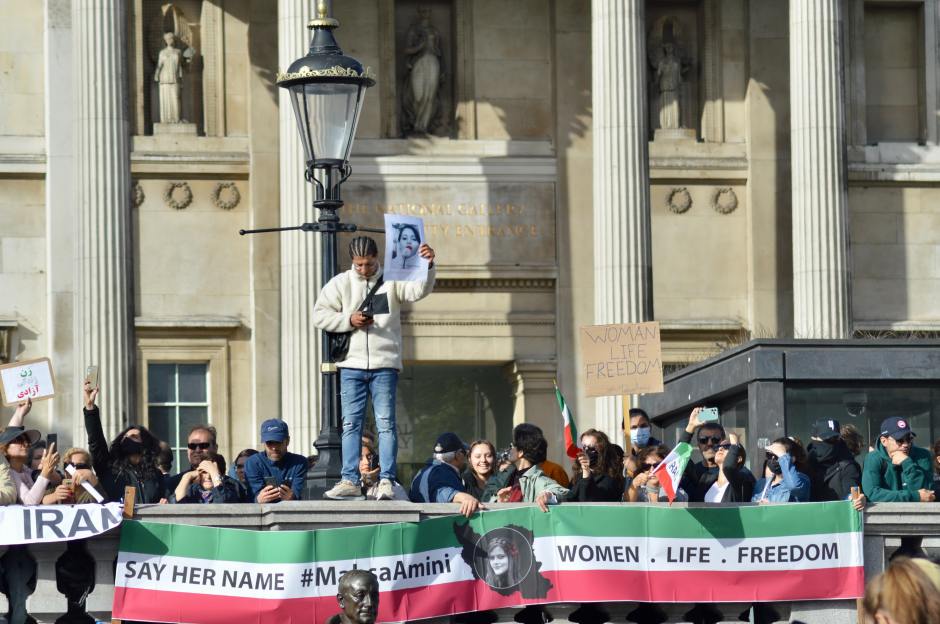 The demonstrations by the women of Iran are morally justified and incredibly brave in the face of a repressive regime. Are we waiting for the USA to decide before acting ourselves? Wouldn’t it be better if we led the world and supported the Iranian women and their supporters? END_OF_DOCUMENT_TOKEN_TO_BE_REPLACED

The Government talk all the time about stopping trafficking gangs, but our Government are becoming a trafficking gang. They are going to take people abroad and leave them there. They are taking them to a country that has human rights abuses. END_OF_DOCUMENT_TOKEN_TO_BE_REPLACED

We now have a two tier system of British citizenship and if the Nationality and Borders Bill is published then millions are under threat of having their rights removed “without notice” by a Minister acting “in the public interest”. You can then appeal against deportation retrospectively, i.e. once you are out the country.

A lot of people will be surprised to learn that the Government already can—and do—remove people’s right to British citizenship. That is not new, but it means there is a two-tier system of British citizenship. The change is that the Government will now be able to remove people’s citizenship without any notice or warning whatever. The term “otherwise in the public interest” is so broad a discretion as to be almost meaningless. The Secretary of State can basically choose not to give notice on a whim. Of course, because citizenship will have been revoked without any notice, any judicial review or other legal challenge will only be able to be brought retrospectively.

In summary, the Bill is a continuation of the trend by this Government to remove individuals’ rights, undermine legal safeguards and view the legal profession as the enemy within.

I had to laugh when I saw the amendments on duty of candour, because you sort of assume you can expect a duty of candour for the police; it really should not have to be emphasised in the way that it has been here.

As regards the criminalisation of trespass, it is wonderful to see such a huge coalition of Peers tabling amendments and speaking on this issue. I imagine that Gypsy and Roma Travellers, peaceful protesters, van-lifers, wild campers and anyone else threatened by this proposed legislation will be glad to see the opposition that is coalescing in this House. Far from criminalising trespass, we should be opening up more land for access to the public and enhancing our enjoyment of our magnificent countryside. This is a nasty section of the Bill, it is discriminatory and dangerous, we should remove these clauses completely.

END_OF_DOCUMENT_TOKEN_TO_BE_REPLACED

I asked the Minister: If the police or security services chose to intercept our communications, would anyone in Parliament have the power to authorise or not authorise that?

END_OF_DOCUMENT_TOKEN_TO_BE_REPLACED

There are very few such atrocities that are committed independently of the global arms trade, of which the Government of the UK are a major component

END_OF_DOCUMENT_TOKEN_TO_BE_REPLACED

When a survivor of domestic abuse reaches out for help, they should be treated as a human being and given the help that they need unconditionally. What is the Government’s priority? Do they care more about helping survivors of domestic abuse end that abuse and making them safe, or about catching and deporting migrants?

END_OF_DOCUMENT_TOKEN_TO_BE_REPLACED

I think that this Bill is a terrible piece of legislation – worse than terrible. It is actually quite shocking. It is the international version of the “spy cops” Bill, which granted broad legal immunity to state agents who commit criminal acts. How can that be right? It is one of those Bills that I think is so bad that we need to scrap it entirely. END_OF_DOCUMENT_TOKEN_TO_BE_REPLACED

If you wanted to convince the public that international trade agreements are a way to let multinational companies get rich at the expense of ordinary people, this is what you would do: give foreign firms a special right to apply to a secretive tribunal of highly paid corporate lawyers for compensation whenever a government passes a law to, say, discourage smoking, protect the environment or prevent a nuclear catastrophe… a process known as ‘investor-state dispute settlement‘, or ISDS.
(The Economist, October 2014)

This Trade Bill the government has written includes ISDS…

END_OF_DOCUMENT_TOKEN_TO_BE_REPLACED

The House of Lords has today [Tuesday 20 October] passed an amendment to the Internal Market Bill regretting the provisions which, if enacted “would undermine the rule of law and damage the reputation of the United Kingdom.” END_OF_DOCUMENT_TOKEN_TO_BE_REPLACED