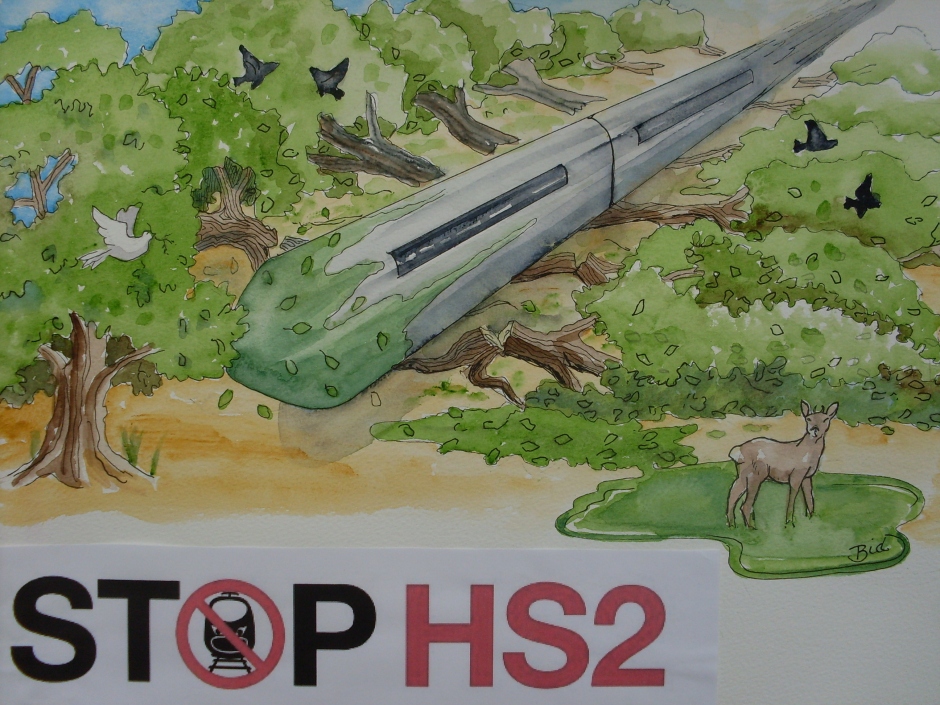 We should cancel HS2 and reallocate all public funds to a zero carbon transport future – why the Green Party voted to oppose HS2.

Some greens express environmental concerns, but don’t understand the detail of this destructive project. HS2 is bad value for money and very bad news for the environment. It’s also hoovering up all the funding that we desperately need for investment in high quality public transport at a local and regional level. We must stop HS2, prevent any more destruction of ancient woodlands and reallocate the billions of pounds to projects that will reduce air pollution andCo2 emissions at a local level. Covid has already transformed the way that millions of people use digital networking instead of long distance travelling; the government needs to catch upwith how a modern economy works and see that HS2 is the white elephant that the Green Party always knew it was. Our opposition is based on 6 main areas of concern:

1. The project is not in conformity with clear national guidance on Transport Appraisal Guidance. Guidance is clear that for any transport project the exact nature of the problem to be solved must be stated and a wide range of options examined before selecting the best performing option. This was not done

3. The project will not reduce transport’s carbon emissions. Only 5% of predicted journeys are transfers from road and air and 69% are transfers from classic rail which has a lower CO2 per passenger kilometer emission factor than HS2.4. Rail professionals at a conference in York University in 2016 identified a number of engineering upgrades at key pinch points to increase capacity on the existing rail route. A totally new line was not needed.

5. The total cost is estimated to be over £100 billion and at £403 million per mile is 15 times more expensive than the French TGV6. The Uk very urgently needs a major upgrade to rail services as a whole including electrification of lines currently served by dirty, polluting, climate damaging diesel trains and a major upgrade to city-region public transport so that all our cities can be improved tothe standards to be found in Vienna, Frankfurt or Zurich. HS2 is a very low priority compared to projects that have proven impacts on reducing transport carbon and serve the majority of the population and all income groups and get people out of cars