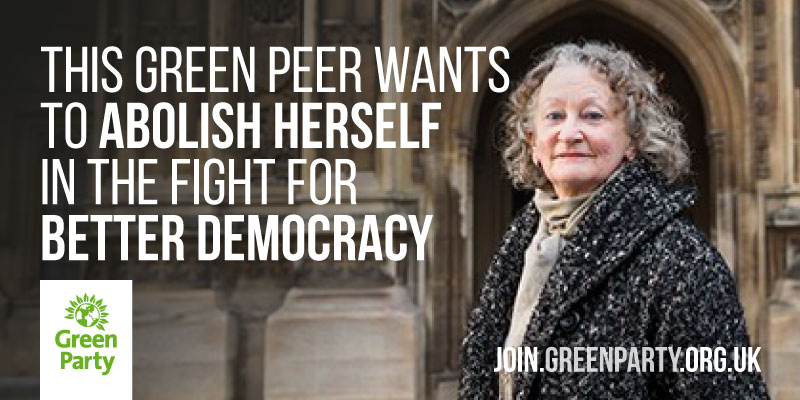 I have written to every member of the Lords outlining the reasons why they should support the transformation to a democratically elected second chamber. This would use proportional representation to elect a new house, but keep many existing peers as non-voting experts.

This is the first Bill to come from the Lords with this mix of proposals. I’m not the only Lord who wants to abolish their right to vote in the second chamber, but I’m aiming to be one of the most energetic peers in making it happen. I’m relatively new to the Lords and I hope my fresh approach will help fast track the various discussions about Lords reform.

The referendum vote in favour of Brexit makes Lords reform both urgent and inevitable. The government could try to push through all kinds of bad ideas on the back of the Brexit negotiations; the Great Repeal Act and hasty trade deals.

The Government may well give itself so-called Henry 8th powers to just unilaterally repeal or amend European laws after the Repeal Act passes, opening the door to a bonfire of environmental and social protections. We need a second chamber that has the legitimacy and popular backing to challenge the use of such anti-democratic powers.