It seems obvious to me that the police shouldn’t be spying on people who are key witnesses at the Pitchford inquiry into police spying. Those witnesses are gathering together a history of activism and campaigning to present their evidence, via a Barrister, to the inquiry judge. You would think it would be easy to get a reassurance from the government that these witnesses are not being spied upon by the police, as the police would clearly gain an advantage from knowing what those witnesses have prepared, but no, it is not. 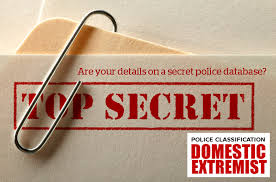 I made it easy for the government by asking the question about police spying on inquiry witnesses in a way that excluded serious criminal or terrorist investigations. I got nowhere. I even gave them an easy way out by suggesting that they merely reassured me that the question was being asked of the police and didn’t tell me the answer. They said it was a matter for the police and the police used their snooping powers within regulations that are independently monitored. Which raises the question, if these processes are so water tight, then why did Theresa May set up the inquiry?

This ‘hands off’ approach by the Home Office and politicians might be reassuring, if the past links in terms of Home Office funding of the Special Demonstration Squad and direct reporting to key civil servants was not officially documented. Politicians can have very direct links to investigations when it suits them, so why can’t someone (anyone) check with the police that they are not still doing what the key witnesses at the inquiry say they did in the past?

To be fair, the response from the Met Police about whether they were snooping was sympathetic, but they wouldn’t answer either and suggested I raise it with Lord Pitchford himself. I am now waiting on his answer.

I want to use this as an example of how the existing processes are failing to keep a check on the police in a transparent way that reassures the public that we are not living in some Stasi-run state. Until we get greater transparency about who is being spied upon, the criteria used and the questions being asked by those responsible for monitoring the police, then the police will fail to win the public’s trust.