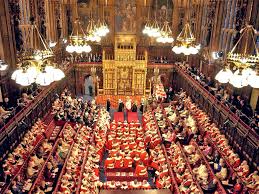 The Lords had a timely debate this week about what happens to the economy if there is no transition deal on Brexit. Very few peers liked the ‘no deal’ idea, with some predictions of it being a total disaster.  I called for the Government to publish their impact assessments and to avoid a cliff edge Brexit. This is what I said according to Hansard:

“I am told that there are about 50 of these [impact assessments], and at the moment they are being kept secret. I simply cannot understand why that is acceptable: we live in a democracy and it is for this House, and the other place, to see, scrutinise and understand exactly what those options are. How can businesses prepare – how can anyone prepare? – and how can we call ourselves a democracy if we cannot discuss them? It is almost as if the Government are holding us to ransom, not allowing us to know what is actually incredibly important. This is probably the biggest thing that has happened to Britain since the war. We need to know, and those impact assessments really have to be published.

My second issue relates to the World Trade Organization. The Secretary of State for Exiting the European Union has said that the default position for leaving the EU without a trade agreement would be to trade on most favoured nation status under World Trade Organization arrangements. Again, this is something that absolutely cannot go unscrutinised. The WTO is undemocratic and places big restrictions on what countries are allowed to do. It is designed to force through free trade at the expense of local communities and local production. It also has a dispute settlement body whose decisions are binding on all members. A country that loses a dispute must change its policies to comply with the body or face compensation and retaliatory sanctions.

David Allen Green, a law and policy commentator at the Financial Times, has said that since the WTO operates on a consensus decision-making system, the UK will be,

“at the mercy of countries playing politics with ulterior motives, say by Argentina over the Falklands or by Spain over Gibraltar”.

He went on to say that,

“the WTO was another ironic example of a process supposedly about ‘taking back control’ handing real power of the UK’s post-Brexit fate to the whims of outside powers”.

There will, of course, be tariffs; there will be big impacts on the services that we export, such as professional legal services and management consulting. Our European Union Committee has said that, in a no-deal situation, many professional services firms would either relocate to the EU or move resources to partner firms in order to continue to trade on preferential terms.

In spite of the fact that I voted to leave—and I still feel very strongly that that was the right decision—I also feel that we cannot do it in this way.”