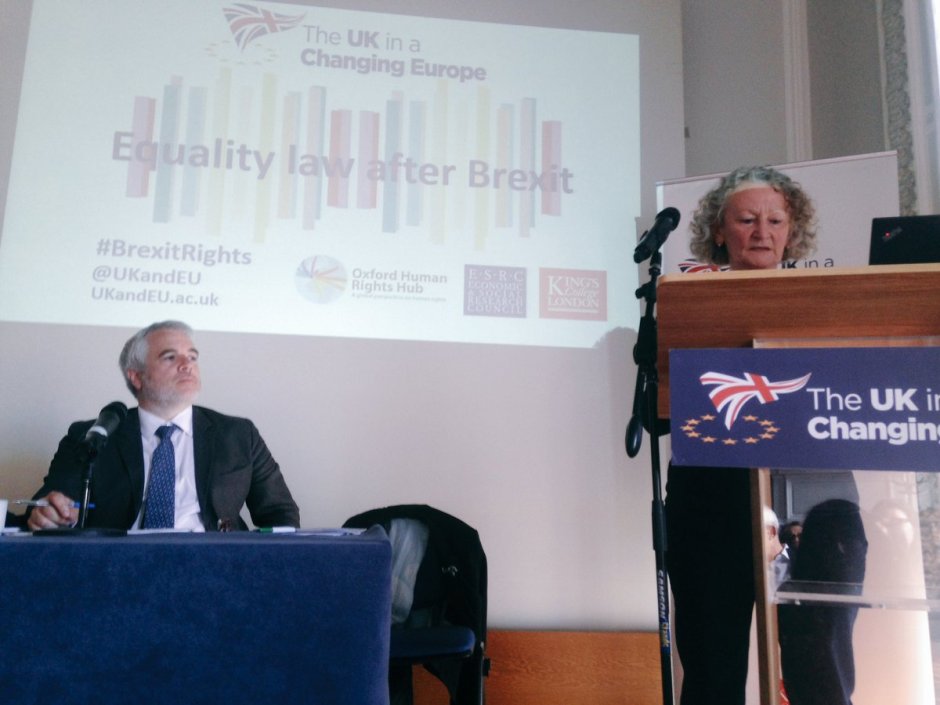 Brexit is turning our world on its head. It will dominate our political, economic and social future. It’s certainly dominating Parliament’s attention at the moment, and we have got dozens of Bills coming up over the next few years to facilitate our smooth exit from the EU.

I’m worried about what Brexit means for our rights. I voted for Brexit, even campaigned for it, but I feel cheated now by the Government with some of the things they are trying to get away in the EU Withdrawal Bill.

The Government has tried to explicitly exclude the Charter from “retained EU law”. The House of Lords, led by an amendment from Lord Pannick, said a resounding “no” to that. So it now goes back to the Commons to look at it again. Hopefully, this time, they will vote to retain the Charter.

Organisations such as the Equality and Human Rights Commission, Amnesty and Stonewall teamed up to run countless events and briefings in Parliament to make sure that Peers were aware of the issues and saw it as a priority. Speaking notes were distributed ahead of every key vote. Groups outside of parliament got active and made a fuss. The media paid attention. They won.

In a way, it was the same story as any time that any group has gained or retained rights. These things don’t happen by themselves, rarely happen just because well meaning parliamentarians decide to do them, and almost never happen because the Government wants to do the right thing. It is the people who get organised outside of Parliament who change what happens inside Parliament.

The Charter isn’t the only Government defeat on the Withdrawal Bill, but it is an important one and a symbolic one. There are other issues where the Government has brought forward their own amendments in order to head off a defeat.

Brexit doesn’t automatically mean that we will lose rights and it doesn’t automatically undermine our equality laws. The EU Withdrawal Bill is meant to keep all EU law by putting it onto the UK statute book as “retained EU law”.  However, unconstrained by the dominance of EU law, Parliament will be able to strengthen or weaken equality law at will. Of course, at the moment, the Government are telling us that everything is going to be roses after Brexit – but they could soon change their tune. The Conservative Party’s 2017 Manifesto said they weren’t going to repeal the Human Rights Act “until the process of leaving the EU is finished.” So we are all on notice that our rights are on the line, and will have to remain ready to campaign whenever the moment strikes.

If there is one thing that I have been truly moved by as Brexit churns its way through Parliament, it is seeing the difference that focused and joined up campaigning can make. Politicians, like most of us, are only human. We are all, with a few exceptions, doing our best and trying to make the right decisions. And like anyone, we need help. Strong campaigns, good briefings, sometimes just a sensible chat and a good explanation over a cup of tea – these can turn the tides of an issue and help Parliament do the right thing.

So my rallying call to you all here today is this: whatever your interest in equality law is, get involved in the campaigns that are trying to achieve what you believe in. The next few years will bring problems and it will bring opportunities – and you have a part to play in it.