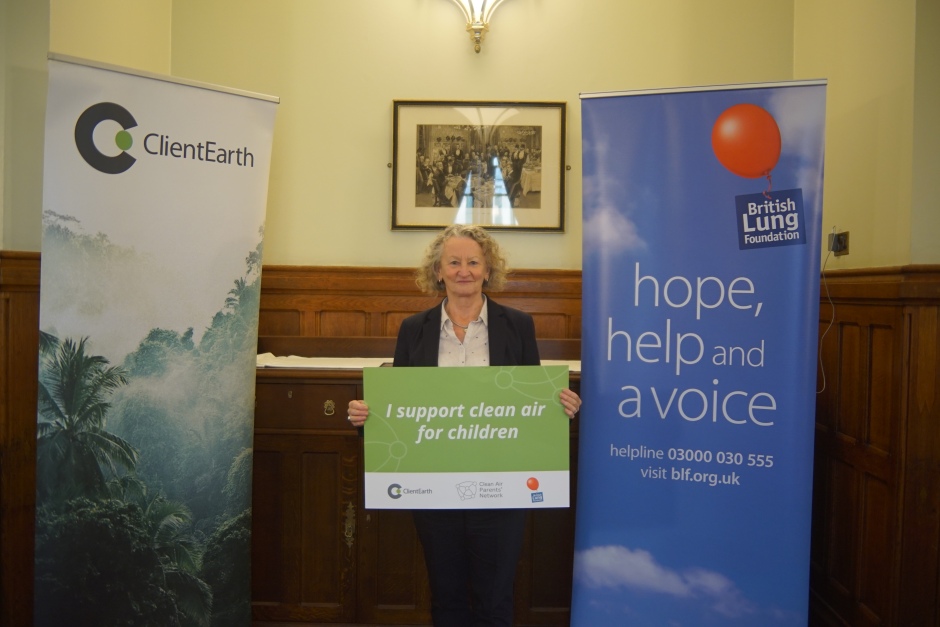 This week, I attended the Clean Air Parents’ Network Reception in Parliament, where I met with parents and carers who are campaigning to protect children and babies from dirty air.

The Clean Air Parents’ Network launched their new campaign at the reception, calling for a Clean Air for Children Programme, which would introduce a range of emergency measures to protect children and babies’ lungs from illegal and harmful levels of air pollution where they learn and where they play.

The Clean Air for Children Programme sets out a clear plan which ensures local action, with the support of central government, to address air pollution and protect children and babies from its harmful effects.

All children should have the best start in life, and the air they breathe should not stunt the growth of their lungs or contribute to them developing future illnesses such as asthma and lung cancer. Yet despite this, children across the UK are exposed to dirty air every day, and thousands of schools, nurseries and playgrounds are located near roads with illegal and harmful levels of air pollution.

Children living in the most deprived areas are four times more likely to have under-developed lungs, whilst for the 1 in 11 children in the UK who have asthma, air pollution is not a distant threat but an immediate risk to their health and wellbeing.

If you’re a parent or carer, you can join the Clean Air Parents’ Network by signing up on their website or joining the Facebook group.