The Lords voted to keep food standards and protect family farms by amending the Agriculture Bill on Tuesday. The government managed to unite the National Farmers Union, consumer organisations, supermarkets and greens in lobbying for the Lords to defeat the government by 307/212. It was one of six government defeats in the Lords on what used to be considered rural, home turf for the Conservative Party.

The amendment to insert a net zero target into the Agriculture Bill was won by 249/200. This brings argiculture into line with the government’s legally binding 2050 target and commitments made as part of the Paris Agreement on climate change. Farming accounts for 10% of emissions and this is likely to rise as a proportion of the total as other sectors reduce their emissions at a faster rate.

The final Lords victory (266/159) was to tie the government hands on trade and agriculture by requiring them to promote, maintain and safeguard existing food standards in international trade negotiations. They have 3 months to bring a report to Parliament, including food standards and animal welfare, proposing the institutions and processes that will guarantee standards are kept high.

Combined with two earlier defeats on amendments to the Agriculture Bill, on food security and agricultural priorities matching up to environmental plans, the government has clearly lost the argument in the second chamber. When Green Party peers are teaming up with the likes of the Duke of Wellington to promote amendments and the NFU is raising over a million signatures to petition Parliament, it shows that the government has lost touch with part of its traditional base.

This was all achieved by a cross party push by Labour, LibDems, cross benchers and even a few Conservatives that we managed to beat the government four times. Now the question is whether there are enough Conservative MPs who want to represent their rural constituents and vote for these amendments in the Commons.

We know that Green Party members and many others will be lobbying hard in Conservative heartlands to get their MPs to back these amendments, especially on the crucial area of maintaining standards during trade negotiations. It is essential that we put this into the legislation, rather than relying on Ministerial promises. Parliamentary scrutiny of trade negotiations is forty years out of date and that allows government Ministers to do whatever they like in the small print of deals that they strike. 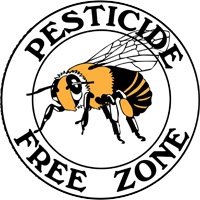 Georgina Downs of the Pesticides Campaign secured the backing of Lord Whitty to bring an amendment to the Agriculture Bill which would, if in the final bill, restrict the use of pesticides near human habitation. The government was defeated (Not Content: 228) and the amendment was passed (Content: 276)

My Lords, it is a pleasure to follow the noble Lord, Lord Whitty, and of course the noble Baroness, Lady Finlay. I support these amendments wholeheartedly. I would like to speak at length about them, but I will keep my remarks quite short so that we have plenty of time for a vote.

It seems strange that in America, Monsanto—or rather the new company, Bayer—is paying out $10 billion to settle tens of thousands of claims that Roundup causes cancer, yet it still claims that this a perfectly healthy product, does not put warning labels on the product and says that it is safe. It strikes me as very strange that anybody could deny that this amendment is necessary.

The amendment does not do what I would like it to do—that is, ban all pesticides from 9am this morning—but it protects the more vulnerable people in our country. In particular, it protects children in schools, childcare settings and nurseries, people in hospitals, and people in any building used for human habitation. It seems such a sensible amendment—I do not know why the Government do not see that it is necessary.

I urge all noble Lords to please vote for this and make sure that the Government get the message very clearly.